Tenino Telephone Company is a locally-owned, independent telephone company located in Tenino, Washington.  We provide business and residential telecommunications services to Tenino and surrounding areas of rural southern Thurston County.  We offer the best of both worlds in today’s telecommunications industry: the latest technology, in a friendly, customer-oriented small town manner.

My experience so far with this whole process has been “red carpet” worthy – so nice to do business with a locally owned company! 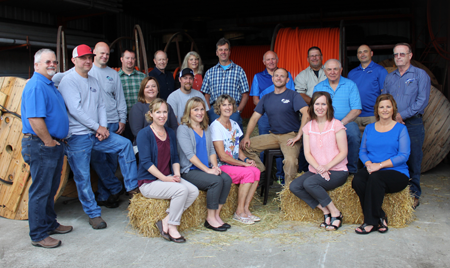 Give us a call or stop in our office at 225 Central Avenue West, downtown Tenino and talk to us in person. We love meeting our customers and helping them in person.

Telephone service began in Tenino in 1905, 29 years after Alexander Graham Bell invented the telephone. The Tenino Water System and Telephone Company, as it was then called, was owned by T.J. McClellan, and was located in a drug store on Sussex Street. The original operator manned cord board could carry five conversations at one time.

The Company was sold to the North Coast Power Company in 1910, and then to Amos Furness, in 1912. Amos sold the Company in 1918, only to reacquire it in 1923. Upon Mr. Furness’s death in 1927, the Company passed to his widow, Agnes Furness. Agnes remained in charge of the Company until it was purchased by her daughter and son-in-law, Esther and Ewart Peterson, in 1946. At that time the office was located in a small building on West Sussex Street where up to ten operators manned the facility around-the-clock.

In 1955, the Company converted from the operator manned cord boards to the dial system. Tenino was assigned the prefix “C” “O” “4″ and Bucoda was assigned the prefix “B” “R” “8”, known today as “264″ and “278″. The first dial system telephones were rotary dial. It wasn’t until the mid-1970’s that touch tone dialing came into existence. However, Tenino offered this feature seven years before it was available to the much larger neighboring communities such as Centralia and Chehalis.

Esther and Ewart’s son Charlie began working full time for the company in 1967 as the company’s only lineman and repairman.

The present office location on Central Avenue was occupied in 1973. In 1976, the Company became one of the first local exchange carriers in the state to install digital switching equipment. In 1993, the Company installed its first fiber optic cable network. A year later it began to offer “Extended Area Service” which meant calls to the Olympia area were no longer considered long distance.

Dial up Internet service was first offered in 1995. Five years later high speed internet became available via digital subscriber line (DSL). During the past two decades, the company has continuously upgraded its plant with new electronics and fiber optics to steadily increase the bandwidth available to its customers.

Today the company employs approximately 20 people and is able to offer broadband speeds of over 100 Megabytes per second. With fiber to the premise projects currently underway Tenino Telephone Company continues to strive to bring the latest technology to its customers.

Thank you all for always going above and beyond. Every encounter I have with Tenino Telephone is great, always nice helpful and quick. 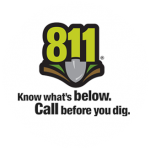